10 Reasons You're Not Productive as a Homemaker - Imperfect Homemaker

10 Reasons You’re Not Productive as a Homemaker

In one of my recent emails, I asked my readers about their biggest hindrance to being a productive homemaker. This question really hit a nerve! The responses poured into my inbox, and it was obvious that being more productive is something we all care deeply about.

As I collected all the responses, I placed them into categories. I identified 10 different areas where we get tripped up in being productive. 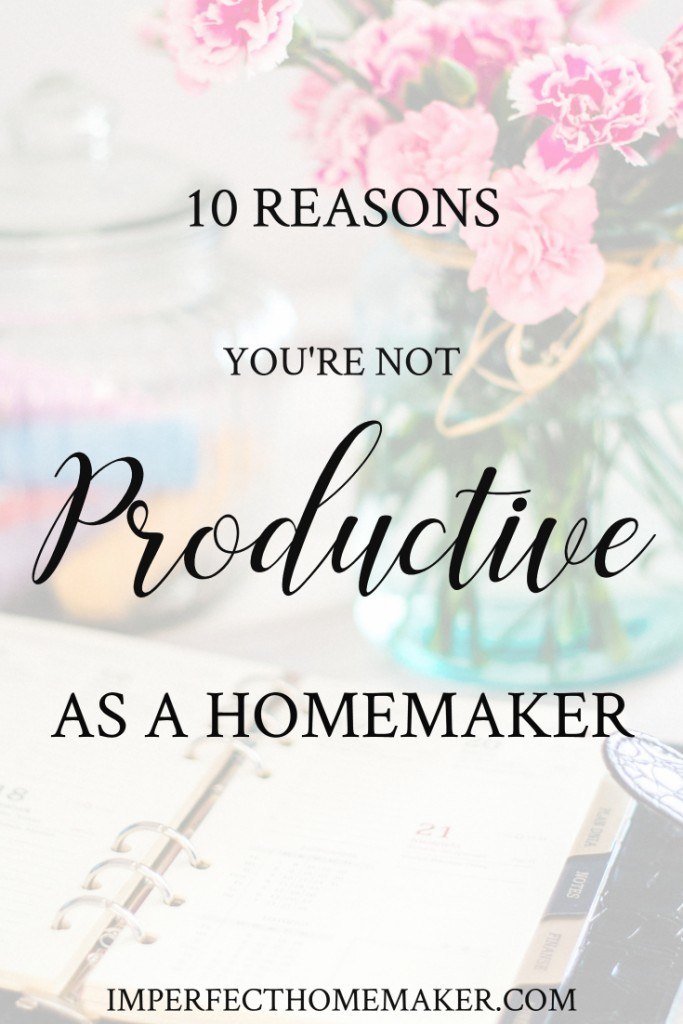 Why you struggle with being productive

1. Procrastination
2. Lack of Motivation and Discipline
3. Failure To Plan
4. Feeling Overwhelmed/Not Knowing Where to Start
5. Distractions/Feeling Pulled in Too Many Directions
6. Poor Time Management
7. Disorganization
8. Too Many Responsibilities
9. Exhaustion or Poor Health
10. No help from family members

Procrastination is the symptom; not the disease

You will notice that I listed procrastination as the first reason you struggle with being productive. That is because it is often a direct result of the other nine things on the list.

I can’t promise to make you stop procrastinating, but I can help you understand some reasons why you do. When you know the reasons behind your procrastination, you can actually cut it off at the root instead of just trying harder to overcome it.

For instance, you may procrastinate because you don’t have an organized system of doing things. You feel like you don’t know where to start — so you don’t.

Maybe you feel overwhelmed with all of your responsibilities so rather than just starting somewhere, you shut down instead.

Maybe you procrastinate because you feel like your efforts will be worthless. (“Why should I organize the kids’ closet? The kids will just have all the clothes off the hangers and on the floor tomorrow anyway!”) 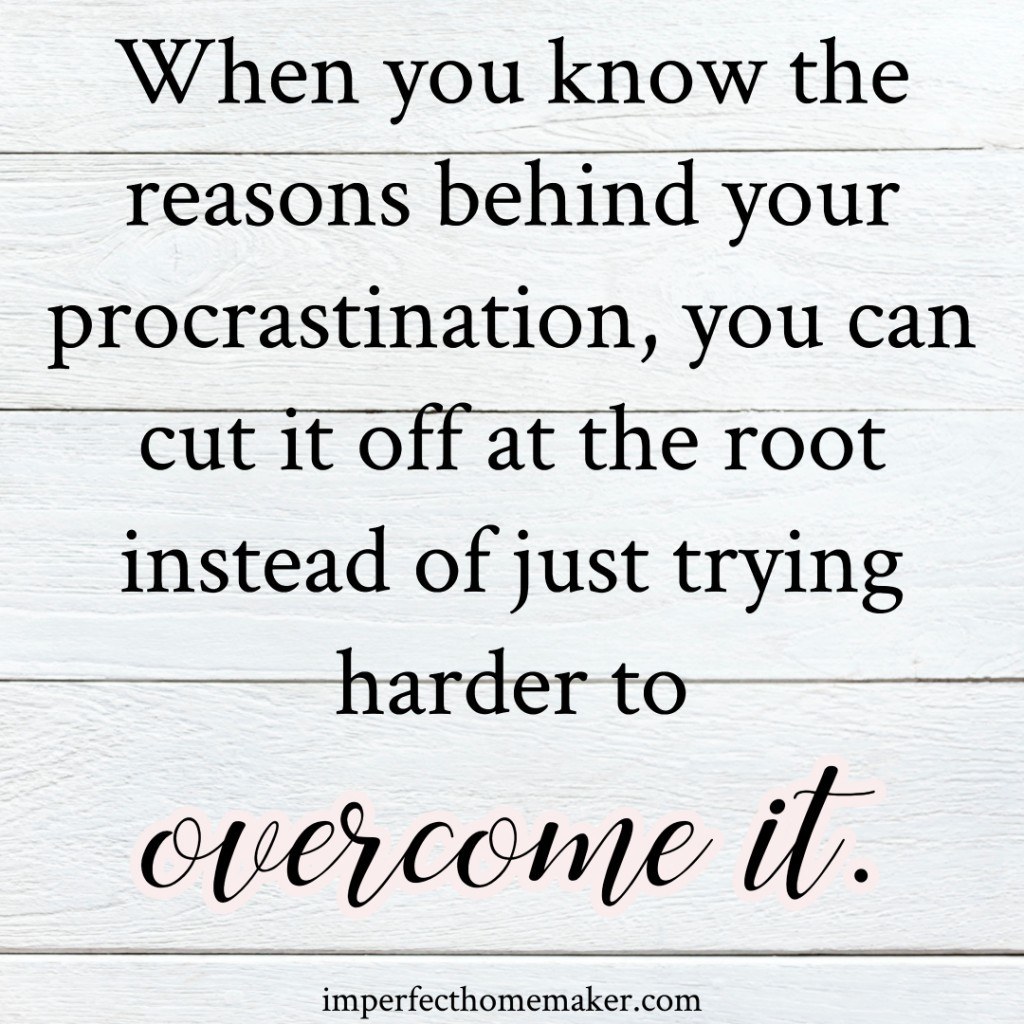 Is it laziness or something else?

So often we feel guilty about our procrastination because it makes us feel like we’re being lazy. Maybe that is the case sometimes. I used to memorize Bible verses all the time about laziness, and I could not understand why I was so lazy because I wanted so badly to overcome it. Maybe laziness was partially an issue (we all have a sinful nature, after all) but what I didn’t realize was that I was mainly just overwhelmed. I didn’t know how to juggle everything that needed juggling in a busy household, and I just shut down.

Once I realized why I was procrastinating, I was able to work on solutions for overcoming it. Trying harder didn’t work because there was a different obstacle in the way that I hadn’t seen before.

Want more help in becoming more productive at home? Check out the 7 Days to Calm Workbook. It will help you identify your obstacles and overcome them for good!

Read the next posts in this series:
What to Do When You Have No Homemaking Motivation
3 Ways You Can Be Productive, Even When You're Exhausted

Is Swagbucks Legit? How I Paid for my Kids’ Christmas This Year

A Wise Woman Builds Her House

Strength for Today and Bright Hope for Tomorrow