Why I Drink Raw Milk: Part 1 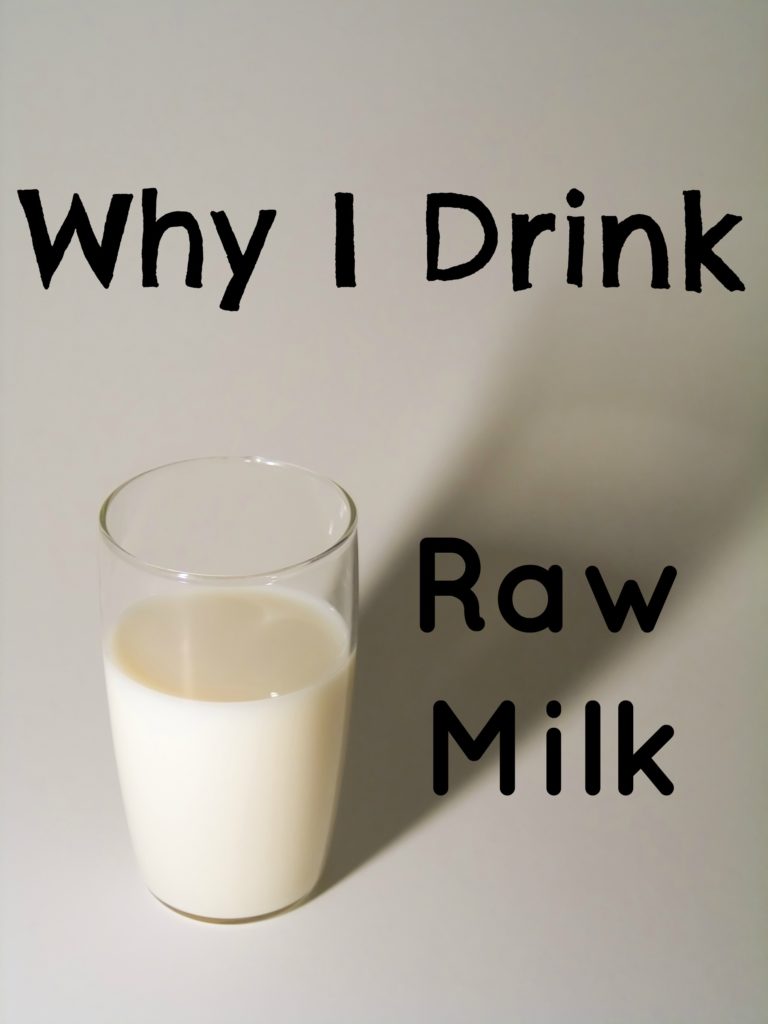 Wednesday is the day I pick up my raw milk for the next two weeks.  I thought some of you may be interested to know why I spend extra time picking up milk from my farmer and why I spend extra money to pay for this milk.

As I began my article, I realized that this was not going to be a quick answer, so I've divided it up into several posts so that it's not so much information all at once!

So, here we go.  The first reason I drink raw milk:

The FDA will tell you that drinking raw milk is dangerous.  According to them, raw milk carries dangerous pathogens, including Salmonella, E.Coli, and Listeria.  Their statistics state that between 1993 and 2006 more than 1500 people in the United States became sick from drinking raw milk or eating cheese made from raw milk. In addition, CDC reported that unpasteurized milk is 150 times more likely to cause food-borne illness and results in 13 times more hospitalizations than illnesses involving pasteurized dairy products.  Sounds scary, doesn’t it? 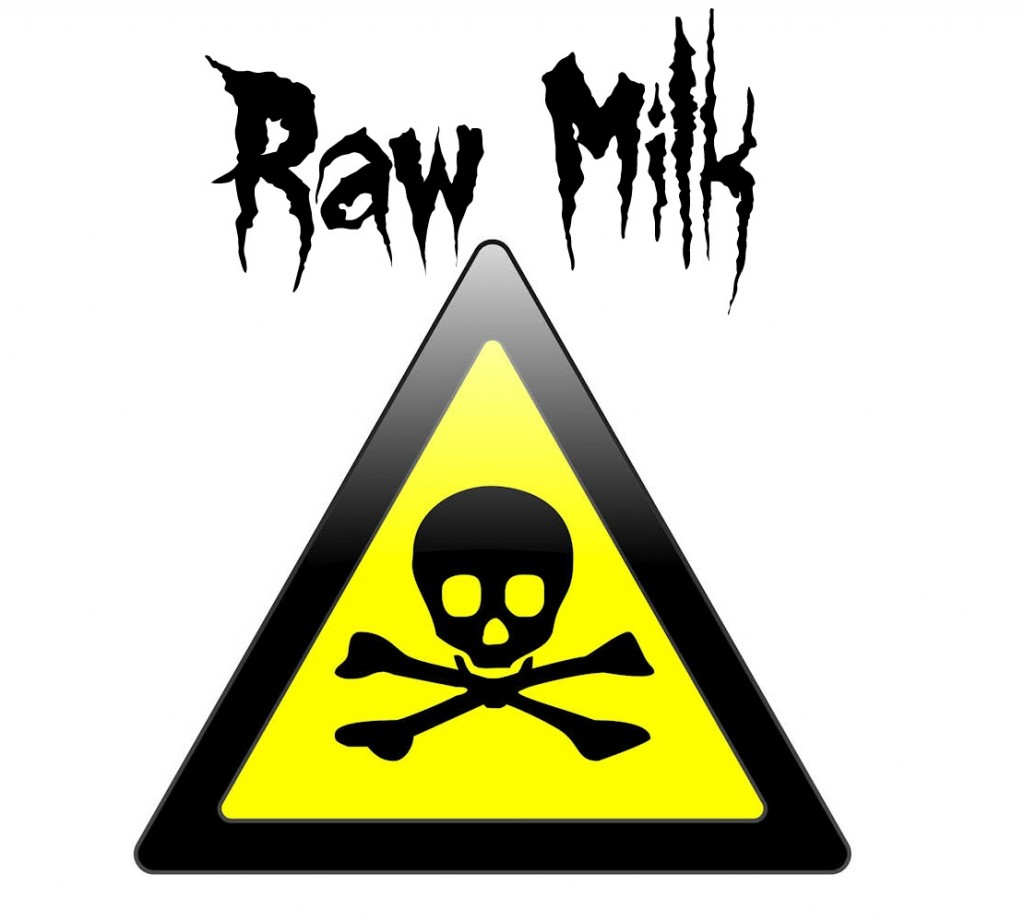 But…I have a question or two about those “facts”.  Where did the FDA obtain these statistics?  The  article which they have published and updated as of March 22, 2013 contains no references whatsoever for these statistics.  How do we know they’re true?  The claims were originally published in a press release in 2007 and the reference cited was the CDC’s Morbidity and Mortality Weekly Reportfor the week of March 2, 2007.  However, that report provides no such information; nor is any such information found in any other FDA or CDC document.

Various reports by the FDA throughout the years have made claims stating that people were infected with bacteria from raw milk sold at various farms.  Each of these reports, however, was never updated with the information that the farms were tested for the suspected bacteria and each time the tests came back negative.

As scary as the FDA’s reports about raw milk can sound, what they don’t broadcast loudly is that many widespread outbreaks of food-borne illness have actually been due to pasteurized milk.  Pasteurization destroys probiotics; therefore any bacteria that have survived the pasteurization process (and they do survive) cannot be destroyed by the naturally occurring probiotics in the milk.  The largest outbreak of food-borne illness from pasteurized milk occurred in March of 1985 when there were 19,660 confirmed cases of Salmonella.  Pasteurization is no guarantee of milk safety.

Can raw milk carry bacteria and infect people with food-borne illness?  Absolutely.  If there are indeed potentially deadly bacteria lurking in the milk that I drink, then I think the need for pasteurization would be obvious and more than acceptable.

However, in the 1800s when pasteurization became prevalent, these were the conditions:

Cities were growing rapidly, and there was an increasing demand for milk in these cities.  To meet that demand, cows were housed next to distilleries and were fed the waste from the whiskey making.  This brought the source of milk closer to the cities; however it was by no means a sanitary source.  The cows were unhealthy and crowded, and the workers did not practice sanitary handling of the milk.  An ideal breeding ground for bacteria was the result.  That was the milk that was making people sick; not the milk from fresh pasture-raised cows.  With the infant mortality skyrocketing, city officials had two options: 1. Pasteurize the milk or 2. Certify the sanitation of raw milk. 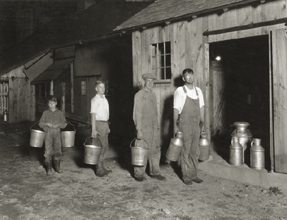 Likewise, cows raised in today’s commercial feedlots are raised in similarly unsanitary conditions.  To say that the cows are crowded would be an understatement.  They are tightly packed one against another, standing all day in their manure.  Open sewers line the roads.  The cows are fed grain, which is not natural for cows to eat.  Because of their unnatural diet, they experience massive health issues, and they spend basically their entire lives in a state of constant infection.

The infection, including blood and pus, ends up in the milk.  To combat the infection, the cows are fed a steady stream of antibiotics, which also end up in the milk along with pesticides and herbicides from their grain-based diet.  The 2003 FDA Pasteurized Milk Ordinance sets the maximum level of somatic cells allowed in Grade A milk at 750,000 cells per milliliter.  Robert M. Krakjan, MD, Surgeon at Seton Medical Centre, wrote in a letter to his patients, “If you don't already know this, I'm sorry to tell you that another way to describe  white cells where they don't belong would be to call them pus cells.”

Although raw milk is regulated as to how many units of coliform bacteria (fecal bacteria) the milk can contain, there is no legal limit to the number of coliform bacteria that conventional milk can contain.  The rationale is that since it will be pasteurized, the bacteria will be killed; therefore cleanliness is not terribly important.  In other words, there is no limit on the amount of manure your milk from the store contains; it's cooked manure, so it's okay.  Although there are many dairies who do practice good hygiene in their milking, all the milk from every farm gets blended together anyway, so the quality is only as good as the quality offered by the worst farm.

So, the question is: Is pasteurized milk safer to drink than raw milk?

If you’re talking about raw milk obtained from the above-mentioned types of sources, then there’s no way I would ever drink one sip of unpasteurized milk. 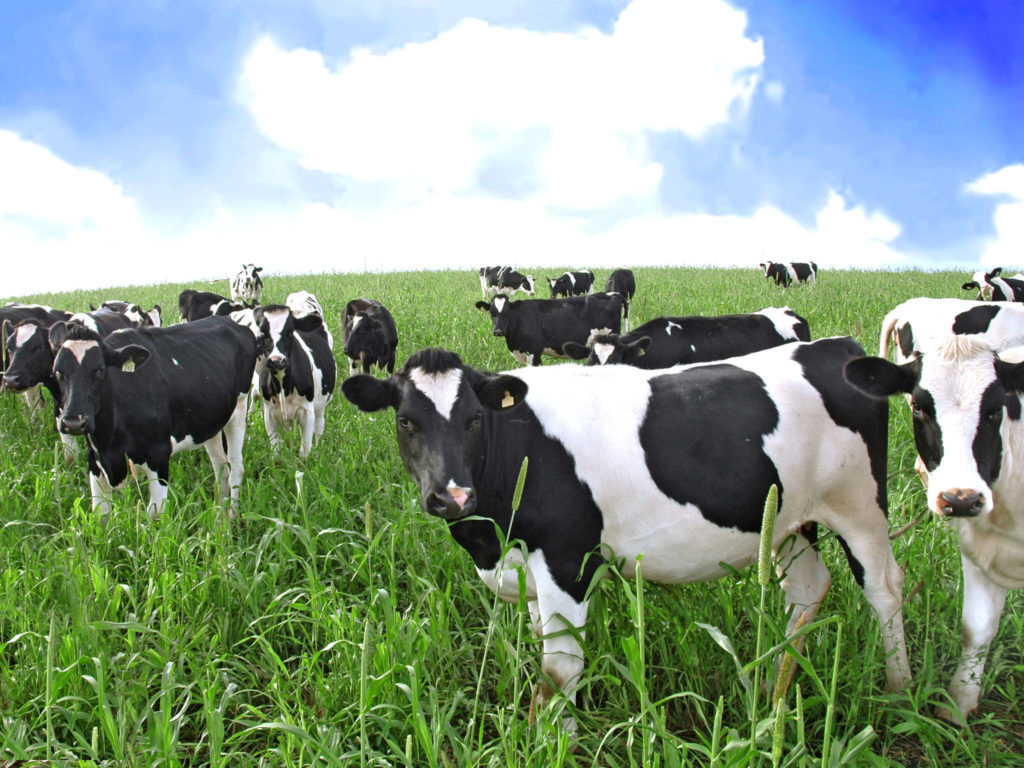 But if you’re talking about raw milk from a farmer who lets his cows graze on grass, with plenty of space to get fresh air and sunshine, and who utilizes only the most sanitary practices of milking his cows, then I’d say heartily, “RAW MILK IS SAFE TO DRINK!”

But I’m not here to try to convince you.  I’m simply here to get your wheels turning and help you to think through and research things you’ve always been told.  The FDA has always said raw milk is dangerous.  Are they right?

You’ll have to decide for yourself.