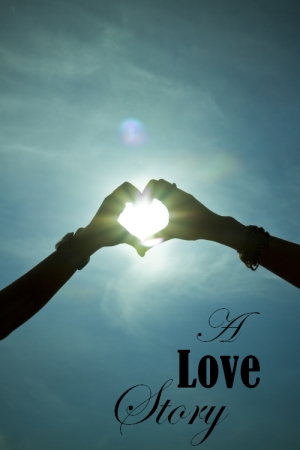 The summer following my junior year found me at home planning a wedding even though I wasn't engaged yet.  I even found and purchased my wedding dress.  I knew my senior year of college would be busy and I wanted to have as much planning as possible done before school started.

I was missing my boyfriend, who was in Virginia doing his pastoral internship, but I did manage to sneak in a weekend visit (thanks to my ultra-patient mom who accompanied me on what I'm sure was to her a boring trip.)

As the time for school to start drew near, my parents decided they wanted us to go out to eat together and spend some time as a family.  I got dressed in a nice casual outfit and was rummaging through my basket of perfume and body spray when my mom came into my room.  “Can I wear something of yours?” she asked.  “Sure, I don't care…oh…wait…that's my favorite one and it was really expensive and now it's discontinued.  Not that one please.”  It was a roll-on, and as I was in the middle of my sentence she grabbed my wrist and dabbed the perfume on.  “Stop!  I don't want to use that up!” I protested.  “Oh. Sorry.  I just wanted to see what it smelled like,” was her reply.

“Hey, by the way.  Bring your walking shoes.  We'll go on a walk afterward,” she mentioned as she left the room.

As we pulled out of the driveway, my dad headed the car not toward town and the restaurants, but toward the college I attended.  He was on staff there, and was always having to stop by to “fix this real quick”, “lock up that door”, or some such thing.  I didn't think a thing about it.

But when we pulled up, there was a surprise waiting for me…in the form of a PERSON…a very special person! (Now I understood the whole perfume thing, and I was thinking, “Mom, you are awesome.”)

“Get on your walking shoes.  We're going to go ahead and go on a walk,” Dad said.  I was pretty sure I knew what was going on, but I played along and got my walking shoes on (with my skirt.  So adorable.)

The next thing he said was “Ya'll go on ahead.  I've got to fix something real quick.”

Now I knew for sure what was happening.  I knew mom and dad wouldn't be along for this walk.

And, we were headed for the exact spot where I had been told a couple years earlier would be “a pretty place to get engaged.”

He was acting pretty nervous, even though to this day he denies it!

A few minutes later we arrived at a picturesque, secluded little pond that had a pier overlooking it.

On the pier were several things:

As he got down on one knee, his question to me was, “Would you like to have that name?”

When I said “Yes”, he pointed out a place he had hollowed out in the lid of the box where he had placed the ring. 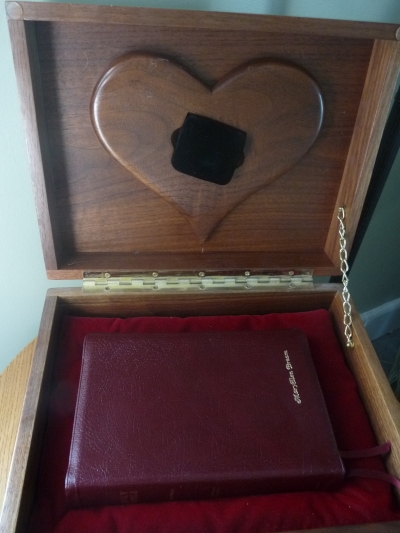 The inside of “the box”

We headed home to another surprise – his parents were visiting from Pennsylvania.  We all enjoyed a truly “family” dinner out.

It was time to begin our final year of college and to prepare for marriage and the joys and responsibilities that lay ahead.  Only God knew what was in our future, but we were blessed to be spending it together! 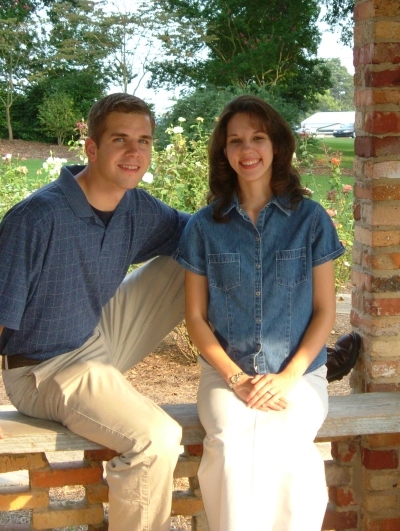 Shortly after we were engaged 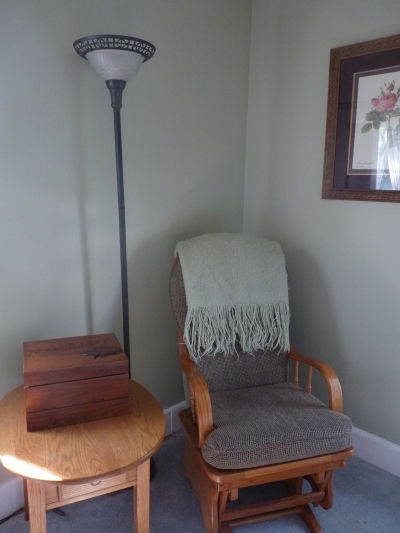 7 years later, I still have my special place. I have spent many a quiet moment here.